An existing compact shower room which has been transformed using extra lighting and light large format tiles. By re positioning the shower and basin a larger shower enclosure was fitted. The void behind the WC wall has been used to hide the WC cistern frame which has helped create space, as well as the addition of an alcove in the shower area . Extra pipework added for a douche valve so no need for a bidet ! 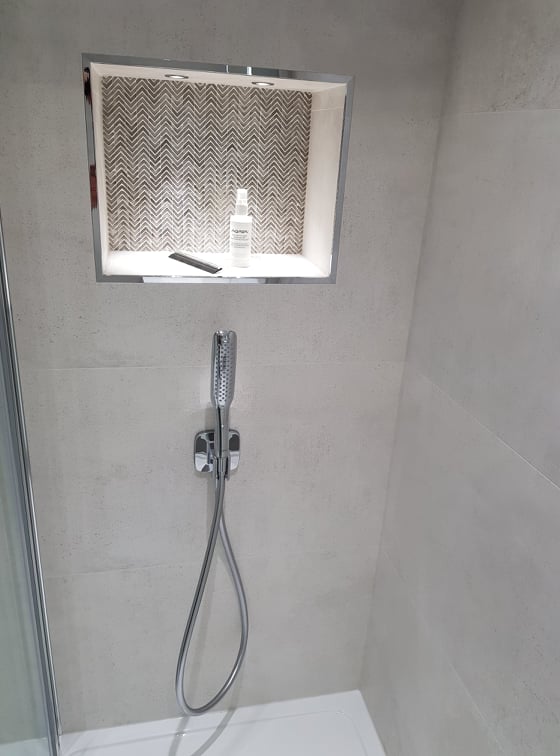 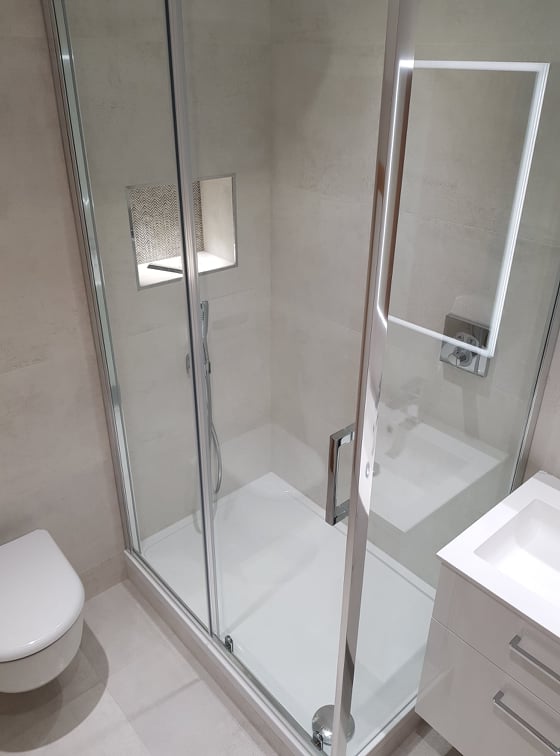 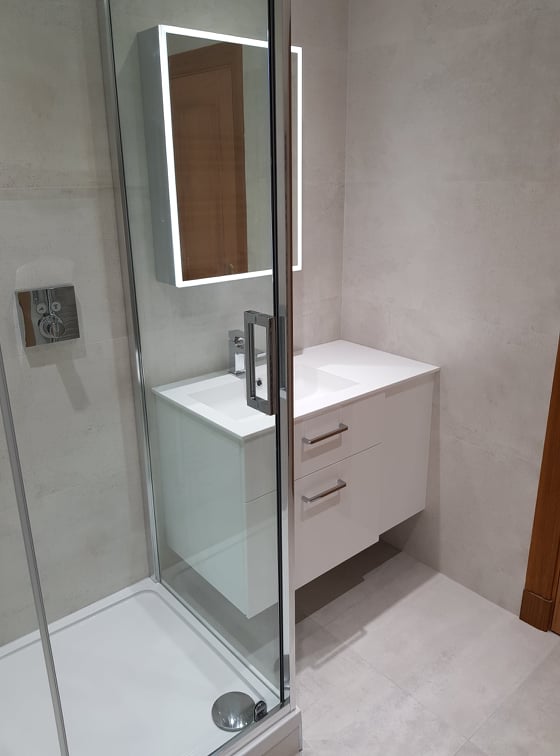 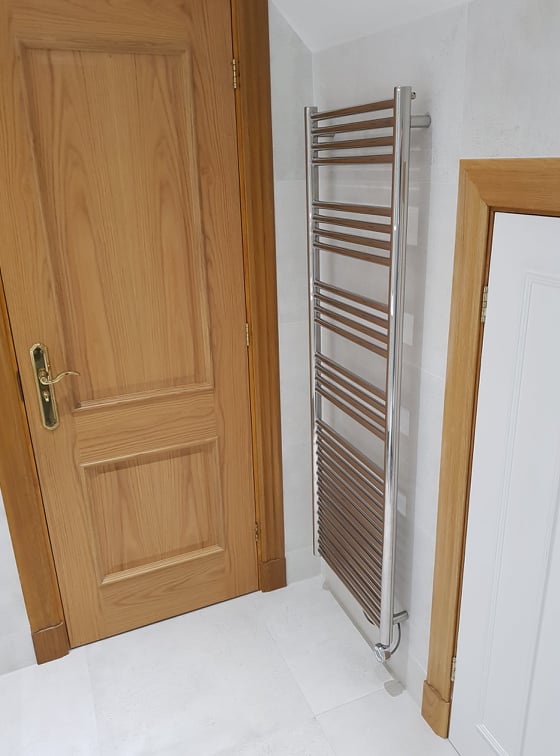 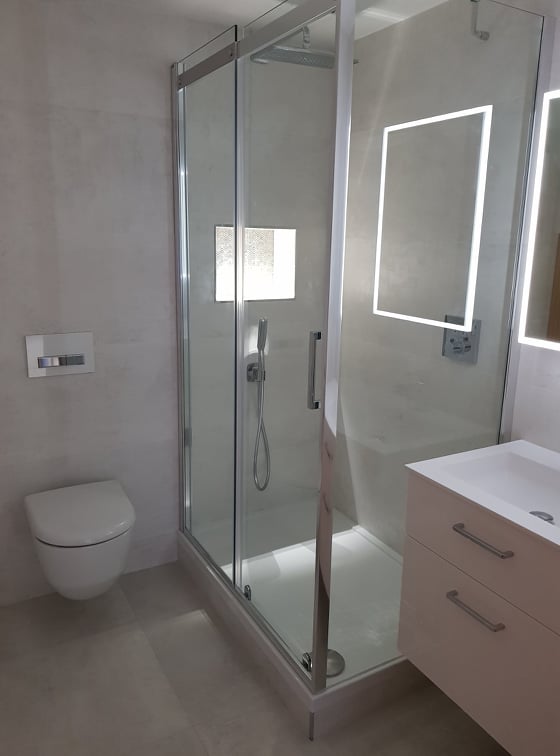 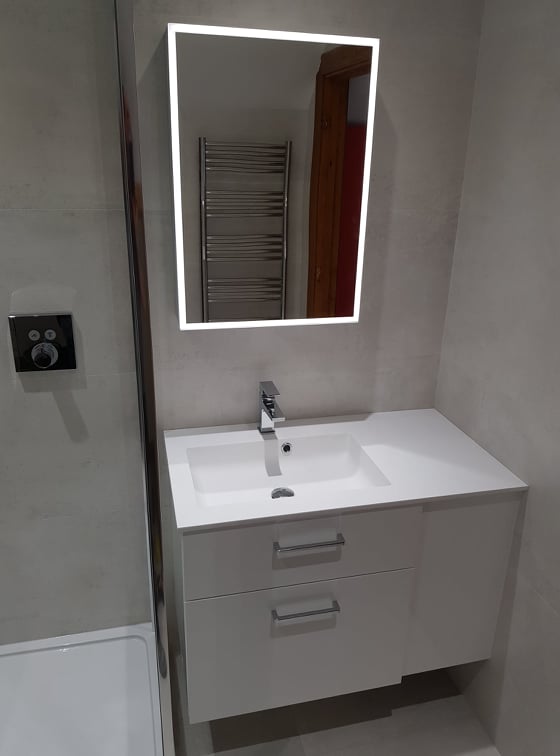 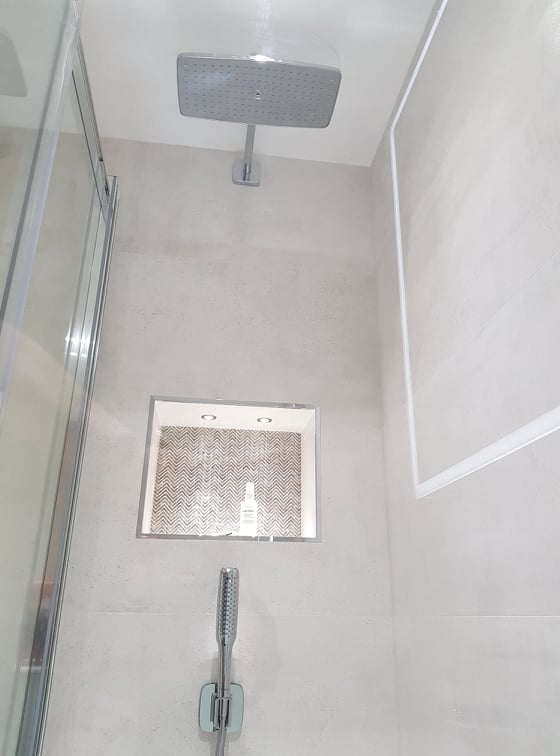 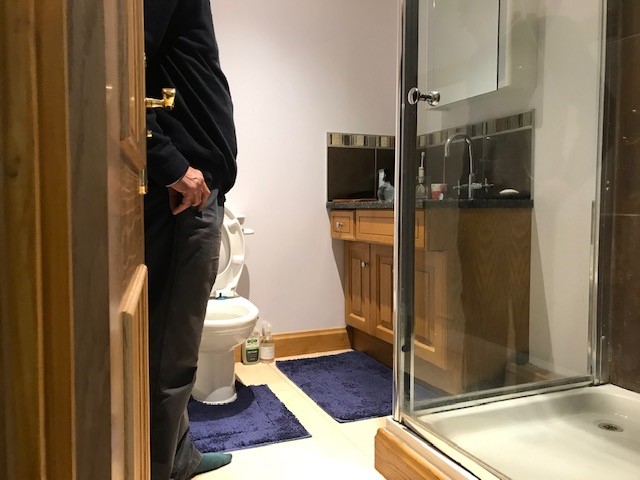 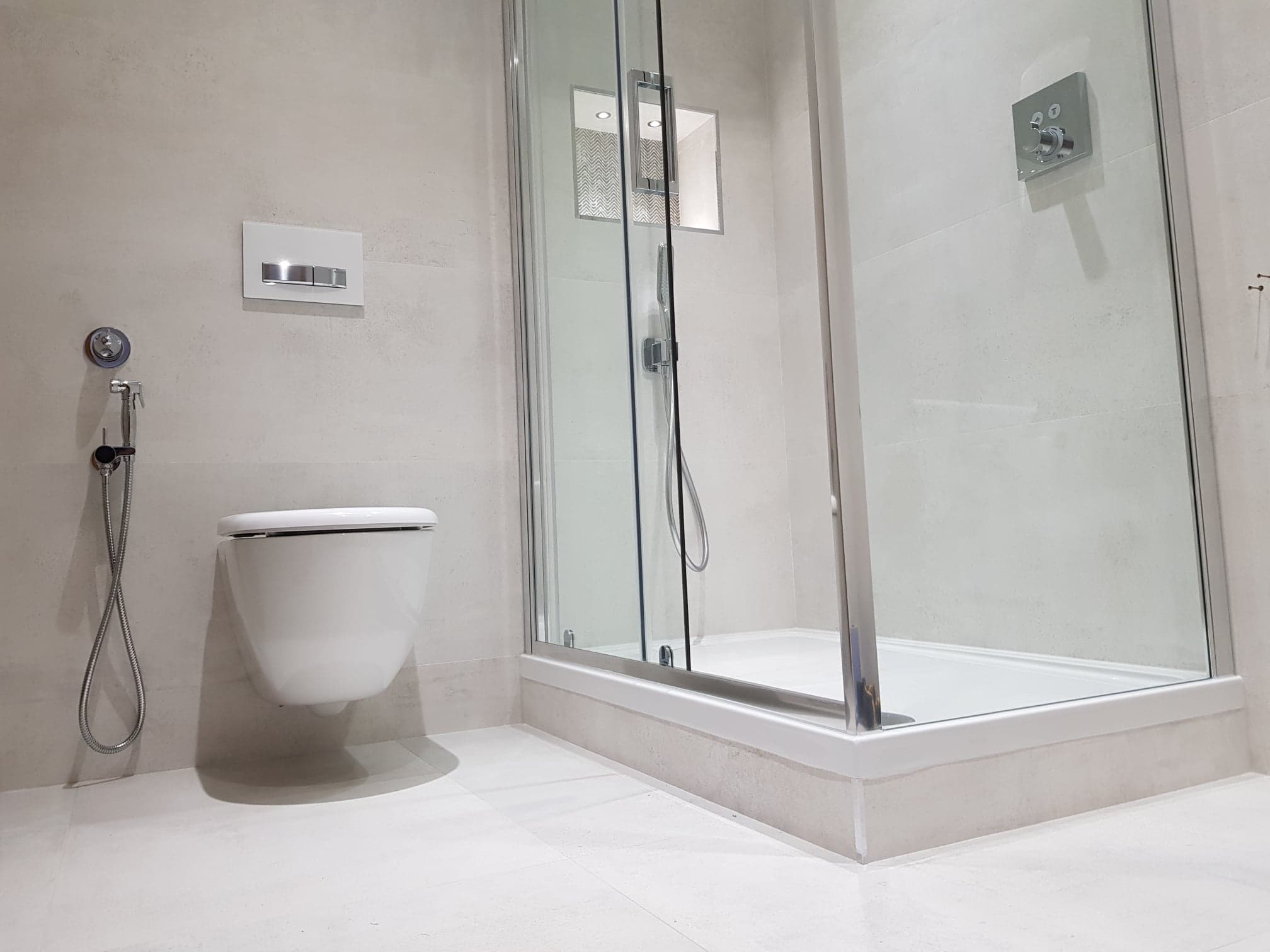 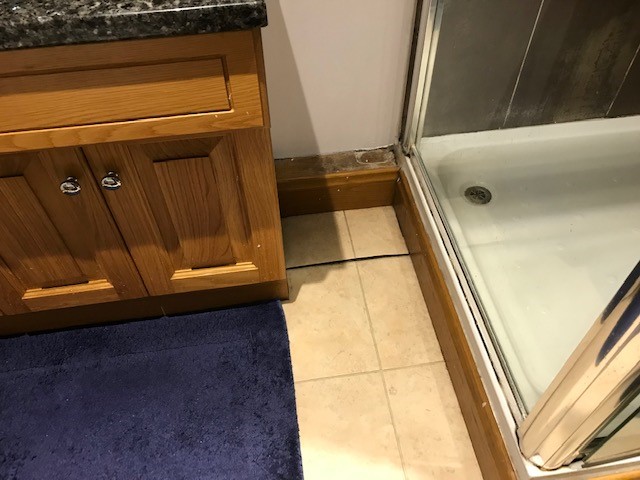 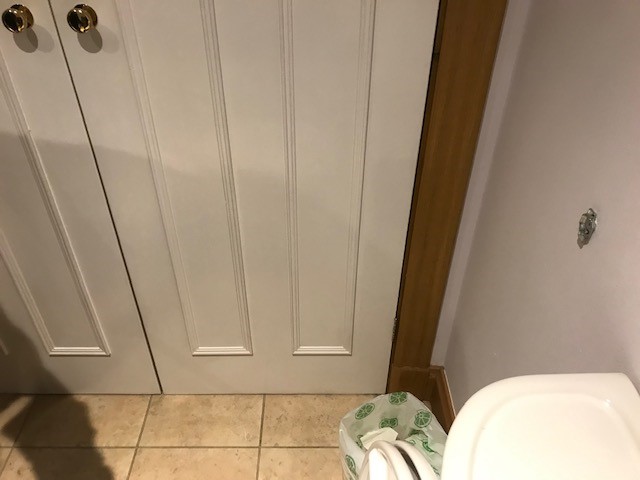 Back to main gallery page

Geoff and I would like to say a big thank you for all your hard work in designing our bathroom. We are thrilled with the bathroom!
We do so appreciate all that you have done.